Landlords are generally required by law to keep a rented property at a certain level of habitability with regard to plumbing, electricity, structural integrity and other types of maintenance. Even the most modern houses will experience some sort of decay over time. Hence, these issues should be dealt with properly if they drastically reduce the standard of living in that property to one that is unhealthy or unsafe.

When renting a property, landlords should always have a written and signed lease agreement or rental contract in place. Also, they should carefully consider the terms and conditions of the lease agreement they provide to the tenant. The lease details what situations and circumstances fall under the purview of the landlord’s responsibilities and what must be managed or maintained by the tenant. It should also clearly spell out the limits to any obligations.

One of the key things a landlord should include in a written lease agreement is a provision for disrepair claims. Disrepair claims generally arise when a tenant feels as though the landlord has not properly or promptly taken care of any issues that degrade the standard the rental property held at the time the tenant took up occupancy.

There is an implied condition for fitness of habitability that rental properties must adhere to. However, that does not mean the landlord is responsible for fixing, upgrading, or replacing something every time a tenant feels like there is an issue with the property that negatively affects their “standard of living.”

Disrepair claim clauses protect the landlord from potentially frivolous litigation by ensuring that the tenant is made aware of exactly what the landlord’s obligations are, what repairs may be required or disallowed by law and what protections are provided.

If you need help drafting a lease agreement that provides you with the protections you need as a landlord, or if you want to make sure your lease, including any disrepair claim clauses, conforms to current real estate law, contact an attorney today for the most accurate assistance. 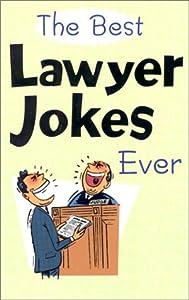 What do you call five lawyers at the bottom of the ocean? A good start! Lawyer jokes, like lawyers, are a dime a dozen, and just like lawyers, some of the jokes are better than others. Here are some great lawyer jokes to get your funny bone twitching:

What’s black and brown and looks good on a lawyer? A Doberman Pinscher.

What’s the difference between a lawyer and a vulture? The lawyer gets frequent flyer miles, or the vulture can’t take his wing tips off, or the vulture eventually lets go.

What’s the difference between a dead dog in the road and a dead lawyer in the road? There are skid marks in front of the dog.

What do dinosaurs and honest lawyers have in common? They are both extinct.

What’s the difference between a lawyer and a vampire? A vampire only sucks blood at night.

How was copper wire invented? Two lawyers were arguing over a penny.

What’s the difference between a female lawyer and a pitbull? Lipstick.

What’s the difference between a jellyfish and a lawyer? One is a poisonous, spineless blob. The other is a form of sea life.

How many lawyer jokes are there? Only three, the rest are true stories!

Regardless of whether you’ve bandied about all sorts of lawyer jokes or compared attorneys to sharks, snakes, or other frightful creatures, there may come a time when a lawyer is a blessing in disguise. If you find yourself in need of an attorney who will fight for what you deserve and aggressively represent you in court, look no further than Attorney John T. Dzialo. His office provides complete end-to-end legal services for your real estate or tax law needs. And remember that a good lawyer knows the law; a great lawyer knows the judge!

Roles and Responsibilities of a Loan Modification Attorney

A loan modification attorney will act in your best interest. As an experienced financial legal professional, you can be sure to get the best deal from your lender. When it comes to your payments, the lawyer will help you do one or all of the following:

i) Waive any interest that may have accrued negatively.
ii) Reduce the overall mortgage payment.
iii) Reduce the interest rate.
iv) Reduce the total amount you owe the mortgage company.
v) Convert an adjustable mortgage rate to a fixed one.
vi) Re-amortize your loan so that past due payments are included.

Apart from helping to reduce your overall payments, loan modification attorneyscan also do the following:

i) Help borrowers understand their legal rights with regards to mortgages and loan modification.
ii) Negotiate with homeowner’s lender about the terms and conditions for repayment and modification.
iii) Help borrowers fill the forms required for the loan modification.
iv) Help borrowers file for Chapter 7 or Chapter 13 bankruptcy to stop foreclosures. The attorneys use strategies that convince the lender that foreclosure is not the best thing.
v) Attend court sessions on behalf of homeowners.
vi) Look for flaws to leverage in the course of negotiations
vii) Offer moral support to homeowners who are about to lose their homes.
viii) Offer services related to short sales, continuances and financial workouts.

Do’s and Don’ts When Faced with a Wrongful Foreclosure

Some banks take advantage of homeowners who are naïve about foreclosures, squeeze the last penny from them and eventually repossess and sell their homes. Many homeowners lose their property even when they are able to repay the mortgage.

If you have already been issued with a foreclosure notice, it is important to educate yourself about the whole process. This knowledge will shield you from fraudulent mortgage lenders and save you from financial losses.

Below are the dos and don’ts you should know about foreclosures:

Everyone makes mistakes; even those practiced and trained to avoid them. Lawyers are some of the best trained people in the world, but even they make mistakes too. Here are some of the funniest goof ups made by lawyers in a courtroom: Continue reading “5 Funny Lawyer Mistakes” »

Most successful business owners understand that their most important asset is the ability to adapt. For this reason, it is important that business owners have a strong command over changing legal trends in the business sector, both domestically and internationally. In 2013, there are two trends that business owners really should keep an eye on. Continue reading “Changing Legal Trends in Business: Forecast for 2013” »

California’s attorney general tends to think that mobile phones applications can work better at enhancing customers’ privacy. This she did by issuing guidelines and regulations for mobile application developers. They are supposed to consider a number of things as they come with the applications. Continue reading “California’s Attorney General Delivers Privacy Guidelines for App Pioneers” »

Why a Loan Modification Attorney is So Important

The unpredictability of the housing market has resulted in many homeowners pursuing financial options that will keep them in their home. In 2009, the Home Affordable Modification Program was placed into effect to assist struggling homeowners. As a result, loan modifications have become very popular in this economy offering homeowners the option to restructure their home loan to prevent foreclosure. Although loan modifications have become a preferred avenue, homeowners are facing many challenges within the process influencing their decision to acquire legal assistance. Continue reading “Why a Loan Modification Attorney is So Important” »

Estate Planning for Your Heirs

Estate planning is important for everyone. Contrary to what many think, you do not need to have millions of dollars for you to plan your estate. Anything you possess, no matter how much or how little qualifies as your estate. Good estate planning allows you to provide for your dependents even after death. This is important for the welfare of your loved ones in the future and for your peace of mind in the present. That peace of mind is an important part of living life to the fullest extent. The primary instrument of estate planning is the will. The will is a plan for distributing your assets after your death. Continue reading “Estate Planning for Your Heirs” »

5 New State Laws that may make a difference

As we moved into 2013 a variety of new state laws went into effect, some of them more valuable than others. Below are some of the more significant ones that you may have missed. Continue reading “5 New State Laws that may make a difference” »

To speak with the
The Law Offices
of
John Thomas Dzialo

The State Bar of California

"Hey, I just wanted to thank you for everything you helped us with regarding our home. I am thankful that you all were able to stop the foreclosure and get it back into our name when the bank sold it at auction in the middle of doing a loan mod. That was a nightmare.

So I just wanted to thank you for everything and for your advice and support."

"We thank you for your assistance with our statement discrepancy, and that you so quickly resolved the situation. You are irreplaceable... We have been in contact with various Law Firms, and not one of their legal representatives even comes close to how gracious and professional you are with your firms’ clients, or potential clients."

“I just wanted to thank you on behalf of myself and my family. Trinity is awesome!! She was very professional throughout the whole process and was always able to answer all of our questions. She is a very caring and honest person. I genuinely appreciate and admire. I know you will be blessed for all you do for others. Additionally, I feel not only we were approved for the modification, but I made a friend. I would highly recommend John Law Office for any Real Estate quandary that you may be facing. They will treat you with respect and communicate to you in terms that are easily understandable.”